What I have been doing, been listening to, been using, and other typical blog-like fanfare

I’ve made the mistake of taking up too much work that ate into my creative schedule. This took away time I should have instead poured on weblog.sh, Afterdraft (formerly Lilii), and a few other projects with friends. Most unfortunately, drafts sat untouched in my blog for quite a while which really irked me enough to drop out of paying projects.

So here I am trying to get out an article to freshen up the blog before I drop a decent thought piece.

I am currently working on a piece about VSCO and their motiviation machine. In it I try to reverse engineer the essence of the VSCO mission by looking at their design and initiatives and the positive effects to its community.

I’ve been listening to The English Riviera by Metronomy. It’s been on loop at the home office this week. I don’t have enough words to describe it other than on-point. I especially love the narrative in the song “Trouble.”

A couple weeks back I couldn’t stop listening to the discography of SALES and was so stoked when they released a new single, jamz. They are poised to release a new album on April 20 and I can’t wait.

They don’t sound like any album I’ve ever listened to, but it’s refreshing to find artists like this that experiment and come out successful in the end.

I have been using my RX100 more frequently now. Because of the stressful work I’m forced to get out of the house a little more than usual. Though I am realizing that if you zone focus then this might be a good camera for street shooting, otherwise auto or manual focus can be slow and quite annoying at times. My Wireless Apple Keyboard died after I’ve spilled enough tea on it over the course of two years, second keyboard I’ve ruined. Replaced it with a definitely overpriced “Magic” keyboard from Apple. The most obvious difference is the travel of the keys when pressed, they are much shorter than the previous version. I assume as short as the new MacBook’s chiclets.

Nothing really magical here, but it does pair when plugged in via lightning cable, it also charges that way, again not magical. It is a great iPad keyboard though because they got rid of the battery tube, and so I take it with me when out and about. Is it ergonomic? Not by a huge margin.

I also got a rollerball pen and my nth moleskine, shit’s cash. Once you use one you can’t go back to regular pens without silently judging their non-uniform streaks of ink.

Weblog.sh still proves to be more popular than Afterdraft, and I’m not giving it the amount of attention it deserves. The reception was great and hopefully with the time I’ve reclaimed I will be able to close some tickets on this project.

I’ve renamed Lilii to Afterdraft, and will soon put up a paywall to use the service after some form of trial period (either time or number of posts). Unlike Weblog, Afterdraft runs off of my own pocket. I’ve updated the typeface, it now uses Charter everywhere. Backend processor is now using 100% more Typeset.js which I am absolutely loving. Update: Had to remove Typeset.js, some screen readers confused with soft hyphens everywhere

The unintended break from developing the service proved a little bit useful by showing me the feature-creep that I was oblivious to. Dropped almost all layout-related features, I realized that one reason I started writing less because I was worrying too much how the page looked like.

Bojack Horseman. I have no words. This show’s a masterpiece.

Yeah I’m taking online writing classes. Skillshare is amazing for my lifestyle, because I can just continue class when I can find the time. The depth of the courses are bit shallower than you’d expect but for the relatively short length the knowledge is densely packed. You’ll want the courses Skillshare produced themselves, they are high quality and are really worth the subscription fee.

I’ve also been obssessing over the 10 Cloverfield Lane ARG. It’s been absolutely rivetting. There’s too much to know, you can get caught up with that in the /r/10cloverfieldlane subreddit. I myself have been following through both the forums and the ridiculously funny and sidetracked Cloverfeels podcast. Can’t wait for the movie, comes out in April here in the PH.

Here’s an ominous photo that recently surfaced through an SSTV encoded audio file from a new unknown character. 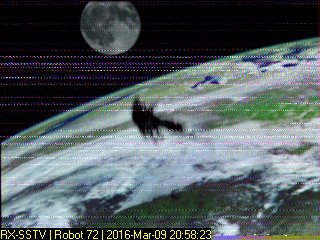